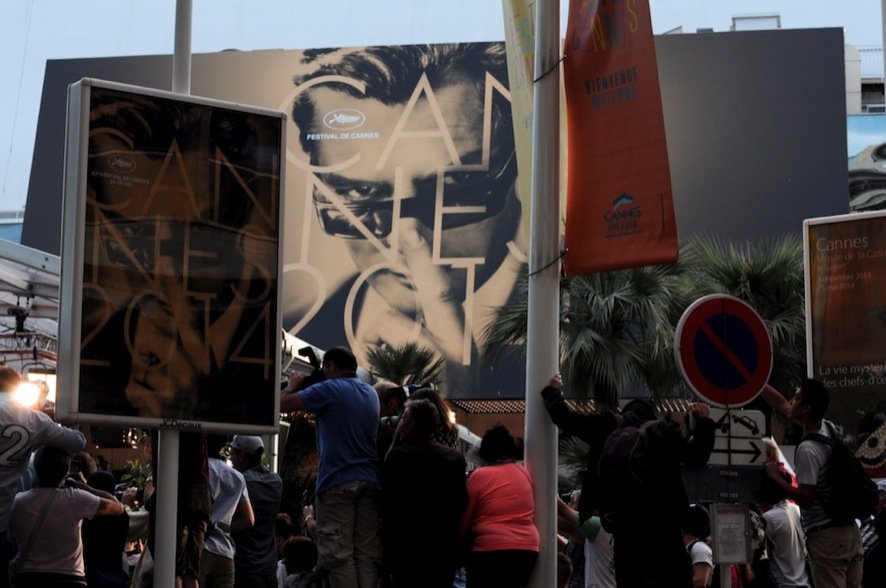 Last week, during the annual OECD Forum, I had the pleasure of discovering a new, groundbreaking initiative by entrepreneur Elian Carsenat: the GendRE API. The project is a free API (application programming interface) that takes advantage of open data to analyze the level of gender equality across various domains. GendRE can predict, at lighting speed, the gender of any name.

Elian and I started brainstorming ideas about possible uses of this innovative tool. Last month, Elian used the GendRE API to analyze the entire database of film directors from the IMDb (Internet Movie Database). Our idea? To push this further, using the available archives from the IMDb and analyzing gender ratios across different professions: directors, cinematographers, writers, producers, production designers, costume designers and composers. For control purposes, Elian suggested we include “actors” and “actresses” as well, to show how misclassifications can occur.

There have been many discussions about the inherent sexism in the film industry this past week, during the Cannes Film Festival. The Jury president, filmmaker Jane Campion (the only woman to have won the top prize – the Palm d’Or – in the entire history of the festival), said during the press conference last Wednesday:

“There is some inherent sexism in the industry. (Cannes Programming Chief) Thierry Frémaux told us that us only 7% out of the 1,800 films submitted to the Cannes Film Festival were directed by women. He was proud to say that we had 20% in all of the programs. Nevertheless, it feels very undemocratic, and women do notice. Time and time again we don’t get our share of representation. Excuse me gentlemen, but the guys seem to eat all the cake. It’s not that I resent the male filmmakers. I love all of them. But there is something that women are thinking of doing that we don’t get to know enough about. It’s always a surprise when a woman filmmaker does come about.”

This discussion couldn’t be more timely.

Here are some of the fascinating findings by GendRE API, analyzing the entire IMDb listings: 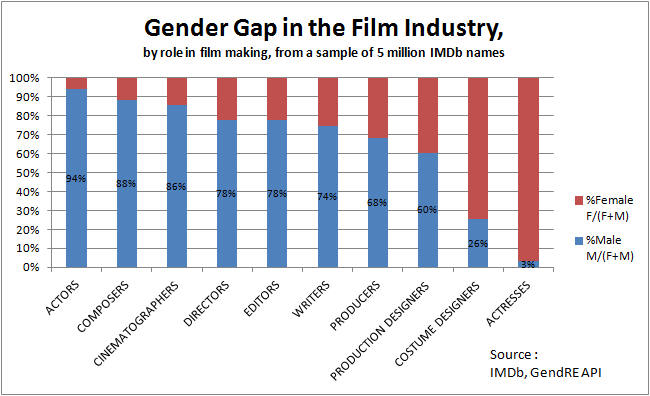 You can read Elian’s observations on his methodology on his blog.

As a filmmaker and activist involved in women’s empowerment issues, I’ve been keenly aware of the gender gap in the film industry and the obstacles that women filmmakers face far too often. However, I was surprised by these findings – especially for categories such as composers, editors, writers and producers. I did expect to see a gender gap, but nothing as pronounced as the findings by the GendRE API.

What can be done moving forward? This past Saturday in Cannes, the European Audiovisual Observatory held a conference titled (unwisely) “Girls Just Want to Have Film” about the gender gap in the film industry. Experts raised the possibility of introducing quotas. Noreen Golfman, reporting for Indiewire’s Women & Hollywood, writes:

“If things are going to change, they need to do so by ring-fencing top industry jobs for women, it was suggested, and, possibly, targeting women for financial support. The European industry works on a foundational public funding model and so mandating quotas is possible, if there’s political and public will. Tilde Corsi of Italy admitted that before she saw the statistical findings of these reports she was loath to support a quota system. Now she is thinking they are absolutely necessary.”