The 2011 edition of the Sundance Film Festival kicked off on January 20th, putting the spotlight on the work of independent filmmakers. This week, we’ll bring you interviews with women working in film – writers, directors, cinematographers, as well as directors of organizations aiming to help female filmmakers achieve their full potential.

I hereby present you the first profile in our series: an interview with writer/director Emily Abt, a young, extremely talented American filmmaker equally at ease in the world of fiction and documentary. Emily’s projects are often connected to social causes, carrying deep messages and intersecting art with activism. Her latest project – AUDREY’S RUN – is about a woman who aspires to be the mayor of Boston. 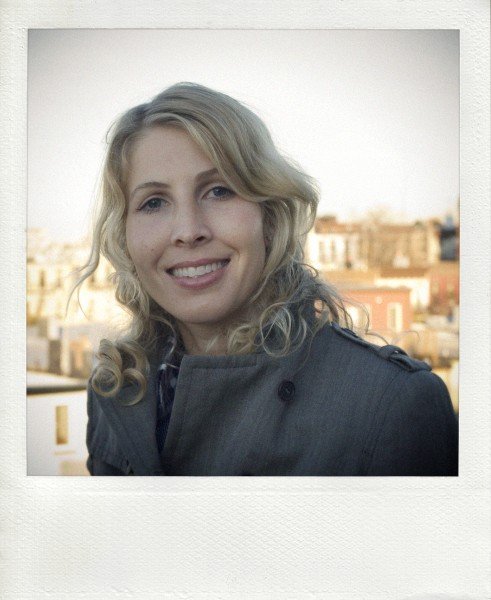 I’m a Writer/Director of fiction and documentary films. I also do commercial work and teach filmmaking at Princeton.

I got my BA from NYU where I majored in Politics and Sociology. I went to film school at Columbia University where I got my MFA.

I did a lot of volunteer work in grade school/high school and dozens of internships throughout college but my first “real job” was as a caseworker in New York City. This experience lead to the creation of my first documentary, “Take It From Me” which told the story of my former clients as they transitioned from welfare to work. It also lead to my second real job…waitressing. You do what you gotta do to make those films!

My love of visual storytelling and a never-ending supply of curiosity about people is what gets me up in the morning. My commitment to a given social issue is what enables me to finish films when the going gets tough. I figure if Cory Booker can do what he does, I can at least make a decent film about a tough topic. And I love telling stories with feminist themes because I’m all about sisterhood. I try to inspire women to stand up for themselves by watching other women do the same.

TOE TO TOE was my first narrative feature, and lead to me getting a great manager and agent, so in that sense it’s been the most rewarding professionally. That said, all of my films have taught me great lessons in life and filmmaking. I’m very critical of my own work but there are moments in each of my films that I watch now and happily say “Yeah, I got that right”. 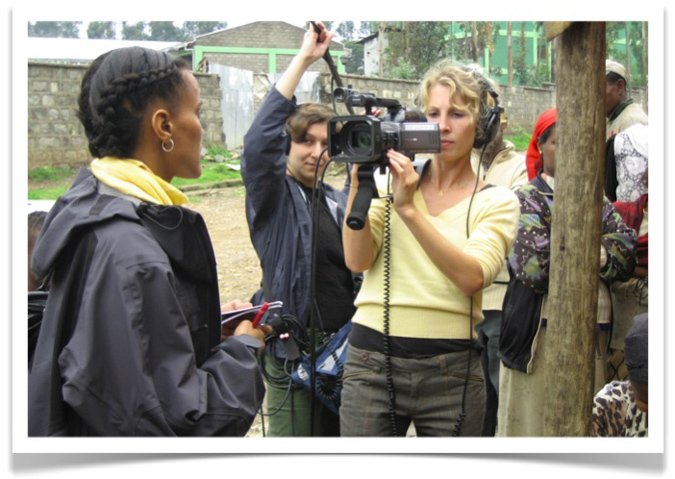 I think women actually have a leg-up as filmmakers in that we are under less social pressure to make a ton of money, to be breadwinners, so to speak. What this means in practical terms is that women are better at being poor. Learning how to be happy without earning a lot of money is an important skill if you want to be an independent filmmaker that endures. 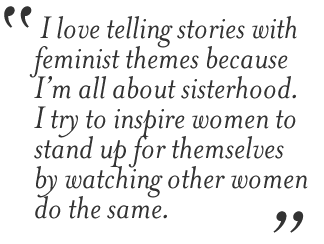 I’m not sure being a woman has hindered my career and if it does, I don’t want to waste too much time thinking about it. I choose to focus on the work and that has guided me well. That said, there are a couple things that women filmmakers need to be especially wary of. We can’t always worry about being popular and nice when it comes to getting a film made, directing is not for the faint of heart. We also need to embrace the technical aspects of filmmaking more. If you don’t know lenses or how to cut a scene together you will be impaired in your decision-making ability and therefore more likely to be steamrolled. I’m super impressed with successful women cinematographers, editors, composers, etc. If you can master a technical aspect of filmmaking, you’ll have a lot more job security than if you can only write/direct.

My mother. She showed me how to be strong and kind at the same time. As an accomplished business woman, my mom was a benevolent leader but also a real tough cookie. By standing up for what she thought was right, she taught me to do the same.

Be a soldier for your film. Protect your vision when you need to but also enroll people in that vision with your passion and perseverance. One more thing: have faith that “if you build it, they will come”.