“I have met the most extraordinary woman. You have to interview Kelly Yang for your project.” Those were the words uttered by my dear friend Laetitia, upon her return from a leadership conference in the Middle East. “She went to college at 13… Then on to Harvard Law School. She has started her own organization focused on education in Hong Kong.” Needless to say, I was intrigued and incredibly impressed by Kelly’s achievements at such a young age and immediately contacted her. Here is her amazing story. 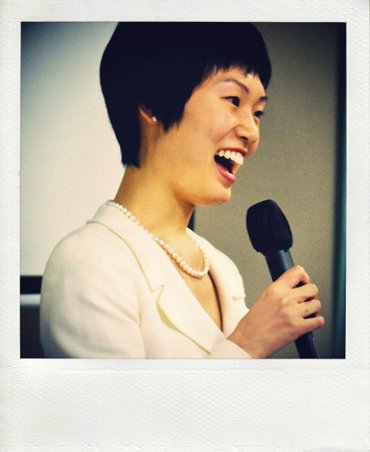 My name is Kelly Yang and I am 26 years old. I live in Hong Kong.

I am the managing director of The Kelly Yang Project, a writing program for students in Hong Kong which focuses on creative thinking and critical reasoning. I started KYP fresh out of law school with a vision to transform Asian education. As we all know, Asian education is traditionally quite boring, with a lot of rote memorization and tedious studying. I wanted to inspire kids in Asia to be creative, think outside the box, and look at what’s going on in the world with a critical eye. In the process, I want them to become better writers and public speakers. We’re now in our 5th year and our program is more popular than ever!

Strangely enough, I was not trained as an educator. I graduated from Harvard Law School. Before that, I received my Bachelors in Political Science from the University of California, Berkeley.

My first job was working as a summer associate at a huge international law firm. First, I worked for Irell and Manella and then for Shearman and Sterling. Those two summers were enough for me to decide that the life of a corporate lawyer was not for me.

Throughout my life, many people inspired me to take the road less traveled by. I think I always liked doing things that were different and a bit out there––going to college at the age of 13, writing and publishing at an early age, getting married at a young age, having two kids in my 20s, etc. Perhaps the person who inspired me the most was my grandfather who was an amazing writer and teacher in China back in the day.

For me, every one of our students is my “most rewarding project.” Every student is different. Some hate writing when they first start out with us. Some even hate thinking! One of the biggest problems is our kids are part of an over-stimulated generation that frequently doesn’t really care much about anything. So how do we make them care? It turns out that if you show a kid that something is so exciting–even something like writing–eventually they’ll get excited too. It may take a while. You need to have patience and a lot of passion. But eventually, they’ll put down their PSPs and engage. And when that happens, the rest is easy. That moment is the most rewarding project of all because you know that you’ve just turned a kid on to learning! What could be better than that?

Being a woman has helped me because in my work, I interact with mothers all day and it’s important that I understand what they want and where they’re coming from. And as a mom, I totally do! But also, I think that being a woman, particularly being a strong female entrepreneur, I am able to positively influence the female students we have and empower them! And that always makes my day!

I don’t know if being a woman has hindered my career but being a young woman who is also running a business in Asia has certainly raised eyebrows. Most people initially just don’t buy it. They don’t take me seriously. They don’t know what to make of me. But I’m ok with that. It just means I have to work extra hard to prove myself.

I have many role models and mentors. Basically, whenever I see someone doing something really great, that person becomes my role model. But one of my biggest role models is my friend Paul Cummins, the founder of Crossroads School and New Roads School in Los Angeles. I admire the nonprofit work he’s doing through his foundation to build more schools for disadvantaged children, incarcerated youth, and pregnant/parenting teens. Using his programs as a model, I’m excited about starting our own Pro Bono project here in Hong Kong.

The only way you can succeed in the education business is by teaching. Teach a lot and teach often. In fact, I think everyone involved in the education industry even at the principal level or policy level should always teach in some form. This is not a field you can simply study and get. You can’t go to business school to understand kids.