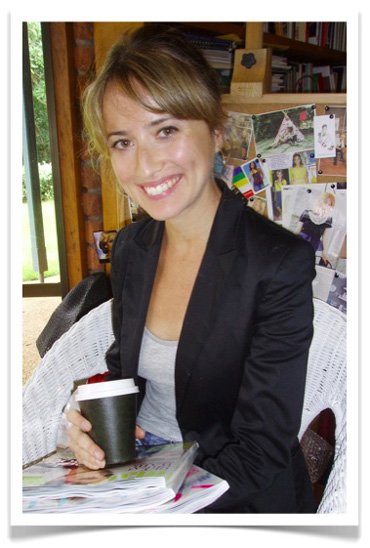 I have a Bachelor of Media degree from Macquarie University, Sydney. I have always loved English, society and cultural studies, modern history, and media. Over the past few years I have also become a student of Christ.

Straight out of school, I worked for an advertising agency in an administrative role on an $AU20k salary. The agency, a division of Young & Rubicam, specialised in pharmaceuticals campaigns. I worked there when Viagra first came onto the scene and the role gave me an appreciation for the very male-dominated ad industry. Though the Murdoch press owns a good share of our print media (about 70%), and TV stations are still run by men, there are many women in the upper echelons of publishing, TV, radio and digital media in Australia who are making significant inroads. The extent to which they themselves have been indoctrinated into the media patriarchy is something I’m still negotiating, but I am all about supporting women in media.

I worked in young women’s magazines for several years before deciding to go freelance, and I worked with a brilliant team. My editor, Sarah Oakes, has been a bit of a trailblazer in women’s publishing in Australia. She gave me the freedom to work on campaigns and stories I was passionate about. I think that’s a sign of confidence, when a female boss will allow her underlings to flourish. I had somewhat of a spiritual awakening while I was working there, which coincided with my first feminist rumblings, as well as an engagement to be married. My life was in a state of flux so I started blogging as a creative outlet and way of navigating my way around women’s issues and my own personal and professional development. At the time, in early 2007, blogging was only just gaining force in Australia.

My marriage. A year into it and it was falling apart at the seams. We were two very naive, selfish, ambitious, work-driven people in love when we married aged 26, and quite clueless as to how to have a functional marriage that could coexist with our separate desires burning within. We had to hit rock bottom before deciding that we were in it forever, as we had vowed, and therefore had to make it work. From that moment on, we have more consciously invested time, effort and selfless giving into our marriage, and it has paid off. It was really hard work, but now I can say I am happily married, and this has delivered dividends in all other areas of my life.

In blogging—it just seems such a natural platform for women, because it’s where the private meets the public. I feel that silenced, marginalised women have benefited greatly from this platform, such as mothers at home who might not otherwise have a voice, vulnerable young women making their way in the world, or women who live in societies with great disparities in equality and human rights. It’s for that reason that I applaud No Country For Young (or Old) Women. We need guiding lights.

Developing anorexia, most definitely (though I know this is not a condition particular to women). It impeded on my career progression, sapped my self-worth, crippled my cerebral functions, stifled my creativity, and strained my relationships. I grew up with the idea that my appearance mattered, particularly my weight, and entered into diet culture when I was about 17. I used food and exercise to give my life structure and escape ill feelings. That was a trap. Thankfully, I am at a place in my life where I can manage my wellbeing and emotions with minimal effort, which in turn allows me to be more productive on other fronts. But it does take a daily commitment to being self-nurturing and forgiving yourself for occasionally slipping up, rather than falling back into self-flagellating activities. You have to consciously wish yourself well, until it becomes an ingrained way of being.

It might sound clichéd, or even fake, but it’s Jesus Christ. Those aspects of his character I see reflected around me, in people, in authors of books, in the Biblical texts, are just fascinating to me. Those people have a certain glow and outlook on life that is captivating. It is beautiful to observe how the Christian faith can transform people. My mother-in-law has been particularly influential to me in terms of observing how a follower of Christ lives, though I am aware that we all tread very different paths and hers is quite different to my own.

The key to being a good journalist is developing empathy. It is helpful to understand your weaknesses, flaws, and whatever privileges you might have been afforded in the world. By examining your drive and worldview, it is easier to be objective while permitting you the freedom to relate to others without an agenda. Being interested in people is a prerequisite for most journalists. But you also need a curiosity about the world, which I think should be grounded in an education in history, whether theological or academic. Without knowing your legacy, it is harder to understand current world events. Technology has its benefits, but your humanity—your sense of connection to the world—is the most important thing to develop. It will serve you well.