I had the privilege of meeting Jacqueline at the 2010 Women’s Forum: she was a finalist of the Cartier Women’s Initiative Awards. Jacqueline is currently doing groundbreaking work on interactive health management systems, empowering people with chronic illnesses through mobile and web-based tools. Here is her story. 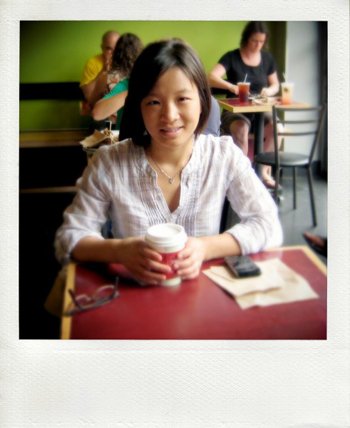 My name is Jacqueline Thong. I am 33 years old and live in Boston, MA (actually Somerville), but am originally from Vancouver, Canada.

I am co-founder and CEO of Ubiqi Health, a start-up company that creates mobile and web-based tools for people with chronic illnesses to easily track and manage their conditions.

My undergraduate degree is a Bachelor of Commerce in Marketing and Information Systems from the University of British Columbia in Vancouver, B.C. I also have an MBA from INSEAD in Fontainebleau, France.

My first full-time job after university was as a Brand Management Trainee in the ice-cream products division of Hindustan Lever in Bangalore, India. I really wanted to work abroad when I finished my undergraduate studies, so I looked for a job in India.

My experience in India affected me profoundly in several ways. At first, my family and friends were not entirely supportive of my decision to start my career in India. The fact that I proceeded in spite of opposition and had a wonderful experience showed me that it was worthwhile to trust my own instincts. I also learned that I was adaptable and could function well, and even excel, outside of my own comfort zone. Finally, from a work perspective, the industry exposure and contacts I made have significantly impacted the trajectory of my career. After leaving India, I was part of a Helsinki, Finland-based start-up that developed software in collaboration with companies in India, so I continued to return to Bangalore on a regular basis. To this day, I continue to do business with companies in India. Going to India after university was probably one of the best decisions I have ever made!

Prior to founding Ubiqi Health, I worked for over six years as a Program Manager at CRF Inc., a company that developed electronic patient diaries for pharmaceutical clinical trials. Through this work, I saw that patients seemed to benefit from the regular reporting of their symptoms into a hand-held device, and I wondered if there could be a way to provide similar tools to people who weren’t in clinical trials. I researched the idea more while I was doing my MBA, and found that there really was a need for easy-to-use, mobile disease management tools.

Starting up Ubiqi Health has been incredibly rewarding. There have been many challenges and obstacles along the way. The biggest of these challenges has probably been getting funding and then running the company on a very tight budget. There have also been some tough technology and personnel decisions to make along the way. Overall, I think my team and I have been creative about managing these challenges, and it is a great feeling to look back at what we’ve done and all the people we’ve been able to help through our work over the past one-and-a-half years. I couldn’t see myself doing anything else right now.

For the past 11 years, I’ve mostly worked in software companies – typically male dominated environments. As a project manager, it has been quite helpful to be a woman leading a team of male engineers. The engineers were always slightly suspicious of me in the beginning, but after a while I think they realized that my different viewpoint and approach helped the team and was also a nice departure from the usual testosterone parade. 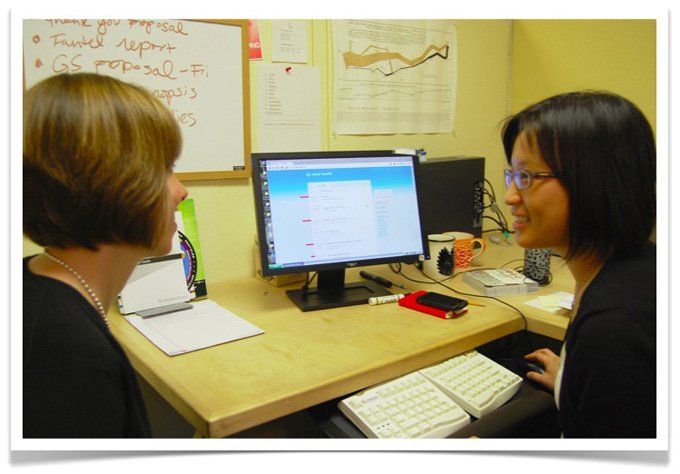 It’s hard to believe, but so far I cannot say that I have felt that being a woman has hindered my career in any way. I might feel differently in five years, but I have been very lucky so far.

I don’t have one particular role model or mentor because many different people have inspired me along the way. When I was in university during the mid-1990s, I looked to the young internet heroes of the time, like Marc Andreessen (Netscape) and Jerry Yang (Yahoo!). It didn’t matter to me that they weren’t women. The idea that young people didn’t need to go through a conventional corporate career before becoming entrepreneurs meant to me that if one had good, innovative ideas you could create a successful company without needing to follow the traditional rules. I saw that this freedom could extend to a new generation of female entrepreneurs as well.

Don’t be afraid to be a little different! It may be difficult to convince your family and friends about your unconventional choices (in my case, it was the decision to take my first post-university job in India), but your life and career will be more interesting and rewarding if you take the road less traveled. Doing things differently will set you apart from everyone else and help you find those opportunities that leverage your particular skills and experience.