Alicia Morga is a tech entrepreneur from the Bay Area. She is the founder and former CEO of Consorte Media, a digital media company focused on the Hispanic market and she is now launching her second technology company GottaFeeling.com.

Alicia has been featured in a variety of publications: in 2008 she was named one of the 10 Most Influential Latinos of Silicon Valley by the Mexican American Community Services Agency; in 2009 Fast Company named her one of the Most Influential Women in Technology.

In addition to her entrepreneurial ventures Alicia is also an avid athlete, blogger, and a regular columnist for Fast Company. 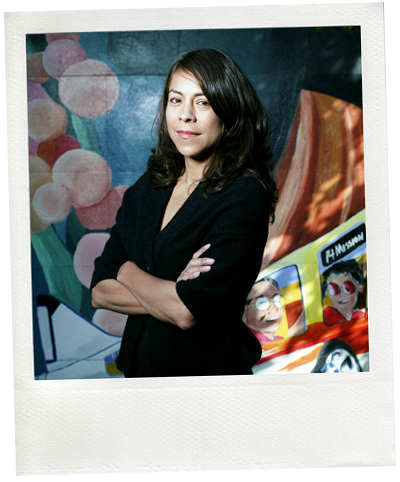 I am an entrepreneur. I’m launching my second technology company, called GottaFeeling.

I studied Public Policy as an undergrad. Mainly because I didn’t know what else to do. I have a B.A. from Stanford University and a JD from Stanford Law School.

My first “real” job was working with T.J. Maxx. It was formative – like watching a horror movie is.

I learned how to jump and become an entrepreneur from a friend named Steve. I thought if Steve can do it…

One of the most rewarding things I’ve had the opportunity to do is train recent college graduates and interns in online advertising and how to say “I don’t know.” 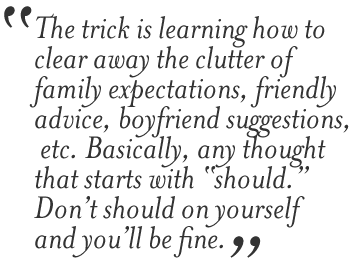 Being a woman CEO I found that it helped me to hire more women. I know that sounds odd, but one thing I learned is that people are human and being human they hire people with whom they feel most comfortable. Say what you want about that practice, but it’s true. So being a woman, I hired more women and these women worked hard to make my company successful, and in turn helped my career.

I’m sure that the fact that I am woman has ruffled feathers, pinned me under a double-standard and prevented some from choosing me for a role, but I never think it hinders my career. My career is what I make of it and I find my greatest obstacles are my own thoughts.

A woman I admire greatly is Carole Robin. She teaches at the Stanford Graduate School of Business and perhaps the greatest communicator alive. My goal is to be as clear a communicator as she is.

I’d tell them to trust themselves. At the end of the day, you know all the answers to your questions. The trick is learning how to clear away the clutter of family expectations, friendly advice, boyfriend suggestions, etc. Basically, any thought that starts with “should.” Don’t should on yourself and you’ll be fine.