I met Manisha at an amazing conference, Women & Power, at the Omega Institute in New York. Manisha was running a workshop on “Women & Personal Finance,” and in the space of an hour I learned more about money than I had in my whole life.

Manisha is the founder of the Women’s Financial Literacy Initiative and co-author of two books on personal finance: On My Own Two Feet and Get Financially Naked. Her writings have been featured in Forbes Woman, The New York Times, The Boston Globe, US News & World Report, Smart Money, Black Enterprise, Glamour, Cosmopolitan, Real Simple and Women’s Day. She is a regular contributor to NPR’s nationally syndicated show, 51% – The Women’s Perspective, and her TV appearance include CNN, CNBC, PBS’ Nightly Business Report, ABC News Now and The Rachael Ray Show. 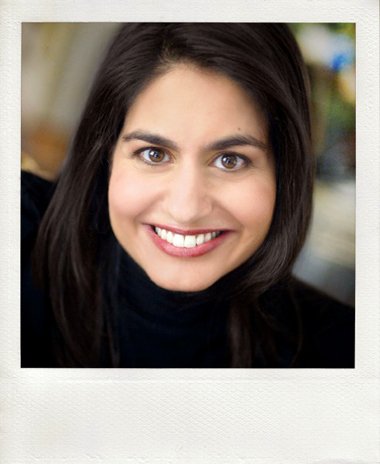 I teach, write, and speak about personal finance for working women.

Financial Analyst at an investment bank.

An eCourse that I literally JUST completed for Sympoz.com that will launch in next week or two. For less than the price of a dress ($99) women can take an online course on personal finance 101 that literally could put them on the path to financial nirvana if they follow the action steps.

Moving ahead in personal finance – being a woman, I didn’t play golf & hang out in the bars with the guys and I am positive that there are opportunities that I did not get because I was not networking with the guys in those places. At the time I naively thought if I kept my head down and did incredible work that would be all that mattered – that was a rude awakening…

Coco Chanel – for having the courage to be a female entrepreneur back when that phrase was an oxymoron.

Commit to educating yourself about your personal finances as early in your career as you can. Money gives you a voice and it gives you life choices. When you are living your life from a place of financial strength, you can live the life you want on your own terms.