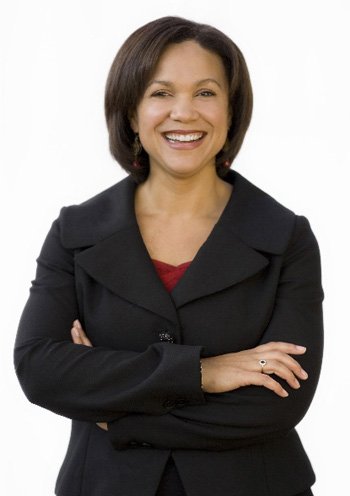 I am a college professor. I also write a monthly column for The Nation magazine and I am a regular contributor on MSNBC.

I received a BA in English from Wake Forest University. I loved my undergraduate major. I spent four years reading wonderful authors. I have a strong background in Southern literature and African American literature. As an undergraduate I also had a minor in political science. In graduate school I studied for a year in Master’s program for Public Policy. I chose not to complete that degree and went on instead to seek a PhD. I received a PhD in political science from Duke University. My expertise is in African American politics. Today I am seeking a MDiv degree from Union Theological Seminary in New York. My interests lie in American theology.

Well, my first job as a college professor was at North Carolina Central University in Durham, NC where I served as an adjunct professor of political science. I was still in graduate school when I worked at NCCU. It was one of the most important work experiences of my life. I was going to school full time and teaching three classes a semester. It was hard and very rewarding. I learned how much teaching energizes me and I also learned that students require and deserve a great deal from their professor. I taught there from 1996-1999. That job was the most intense intellectual experience of my life. I woke up every day and realized there were at least a dozen more books I needed to read just to be able to keep pace with my colleagues’ conversations.

However, my first true job was as a nursery school teacher in the afternoons at a day care center near my high school. At 16 I had a class of 15 three-year-olds! I have been a Domino’s delivery driver and a men’s suit salesperson too. I have had many interesting jobs.

My father is a college professor and so is his twin brother. My mother studied for her PhD but then decided to go into nonprofit work. My mother’s older brother is also a college professor. Therefore, I had many family members who served as professor role models. Still, I did not grow up planning to be a professor. I decided on this career path after being inspired by great teachers in college. My urban politics professor Kathy Smith was a very important role model to me. My college mentor, Maya Angelou, is probably the most important inspiration I had toward being a college professor. As her student I watched as she influenced public discourse, taught students, and shared ideas in a way that seemed to truly matter for people’s lives.

I have been blessed to have many wonderful projects. I loved writing my first book, which was published in 2004. I have also taught some fantastic classes that ended up teaching me more than I could have ever predicted. One of my favorite is a class entitled Disaster, Race, and American Politics. This course investigated the political meanings of Hurricane Katrina and led to both a class service trip to New Orleans and to the students founding a non-profit advocacy organization.

During my years as an untenured faculty member one of my major research projects was generously supported by the American Association of University Women (AAUW). The AAUW support was critically important to me. I felt very supported as a woman and a researcher.

Women are still extremely underrepresented among political science faculty. This is particularly true for African American women at elite universities. The academy often fails to anticipate or understand the unique challenges facing women of color who serve as faculty members.

I love Ida B. Wells. She was extraordinary, courageous, independent and willing to live by her own rules. She endured great loss and suffering to pursue he political goals.

Intellectual humility is the key to greatness. As soon as you believe you know everything you stop learning.