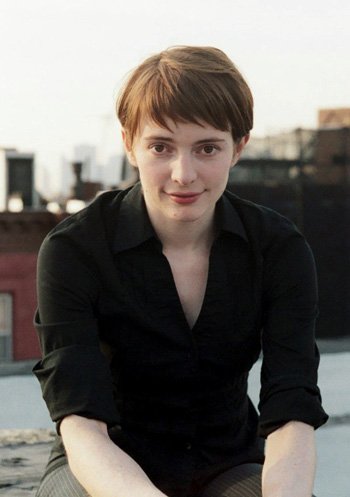 My name is Emily St. John Mandel. I’m 31 years old and I live in Brooklyn.

I’m a writer. My first novel, Last Night in Montreal, came out about a year ago; my second novel, The Singer’s Gun, just came out this month. I’m also a regular contributor to a literary website called The Millions. And also, because writing literary fiction and essays isn’t the most lucrative profession ever, I work part-time as an administrator in a cancer research lab to pay the rent.

Alas, I have no degrees. At all. When I was seventeen I went to college and studied liberal arts for a couple of semesters – English, Sociology, Political Science – but I’d studied dance all my life and I wanted to be a dancer, so the following year I auditioned successfully for The School of Toronto Dance Theatre. I’ve been told that it’s the best post-secondary program for contemporary dance in Canada, and it’s probably one of the best in the world, but it wasn’t a degree-granting program. I graduated with a certificate, and that was the end of my formal education. I sometimes think about going back to school at some point, but it’s hard to imagine how I’d find the time on top of writing and my day job.

I did some volunteer work with environmental groups as a teenager, but my first real job was at a cybercafe in Toronto when I was eighteen. It was wonderful – the café was very quiet (too quiet, actually—it eventually went out of business), so I had a lot of time to peruse the Internet. It was the late nineties, when the Internet was starting to become beautiful; I learned a lot about website design and started teaching myself HTML code.

I’d always felt drawn toward writing. I was homeschooled as a child, and one of the very few requirements of the curriculum was that I write something every day. So I’ve always written, and there was a very gradual transition in my early twenties where I started realizing that I didn’t really want to be a professional contemporary dancer anymore, and writing began to feel like less of a hobby and more of a career.

I think my second novel has been the most rewarding project I ever worked on. I feel like I accomplished what I set out to do—I wanted to write a very plot-driven novel that was still literary, and I wanted to address questions of work and honor—and it was much easier to write than my first novel was.

I actually can’t think of a single instance where being a woman has either helped or hindered my career. I feel profoundly grateful to earlier generations of feminists for this.

My first literary agent was a role model for me. Her name was Emilie Jacobson, and she died last month. Emilie was, and is, what I aspire to. She died suddenly in her mid-eighties, shortly before her retirement. The literary agency she worked for was Curtis Brown in Manhattan, and it was the only place she’d ever worked – she started there right out of college in 1946. She spent the entirety of her career surrounded by books, doing work that she was truly passionate about, and she was intelligent and stylish and kind in equal measure.

The same advice that I’d give a man starting out in my field: work hard and don’t give up. Getting published can be difficult and discouraging, and sometimes the conclusion that writers draw from their rejections is that the publishing world is closed to them. People who are having a hard time finding a publisher sometimes assume that you have to know somebody or go to the right parties or have some other inside track in order to get your book into print, but this just isn’t true. I didn’t know anyone in publishing when I first started out; I’m published because I cold-queried agents until one of them liked my work enough to take me on, and then my agent did the same thing with publishers until one of them liked my first book.