This interview originally appeared on the site on April 14, 2011.

Not only does Deborah Berebichez hold a Stanford Ph.D in physics—an impressive feat in an of itself—she is also an accomplished mathematician, writer, public speaker, and more. In fact, her interests and talents are so diverse that it’s hard to classify her career into any one field. While she currently works as a risk analyst on Wall Street, she also hosts a National Geographic TV show and is constantly developing new projects to share her passion for science with the masses. Eventually she’d like to be considered the new Oprah of science, and given her technical expertise and her skills as a communicator, she certainly has the potential to become an important leader in the world of science and media. It is an honor to share her story with you today. 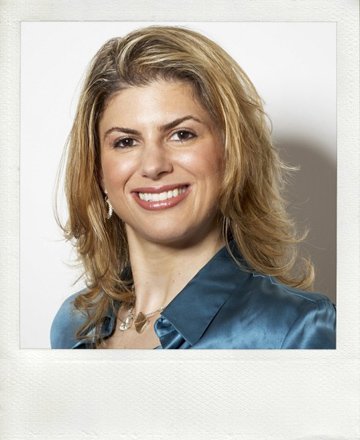 I am a doctor in physics, currently building quantitative risk models on Wall St. But what I love the most is running a number of projects to encourage young women to learn about science in a fun way. I am currently a National Geographic TV host, a writer and a public speaker.

I first studied Philosophy as an undergraduate at Brandeis University. My last year I decided to also complete a physics major and ended up writing two honors theses in philosophy and physics. After that I got a M.Sc. in physics and then went on to become the first Mexican woman to graduate with a Ph.D. in physics from Stanford University. Finally, from 2005-2007 I carried out two postdoctoral fellowships in applied math and physics at the Courant Institute, NYU and at Columbia University.

My first job was in Academia, as a physics researcher at NYU and Columbia. I really enjoyed doing cutting edge research and interacting with young students.

When I was studying philosophy at Brandeis University I became deeply interested in pursuing a physics career but I had no background in math. A Teaching Assistant from India named Roopesh became my mentor and taught me the basics of physics in only two months. Thanks to Roopesh and a lot of hard work and perseverance, I was able to complete the physics major in only a year and a half by skipping the first two years of the undergraduate curriculum. Inspired by Roopesh’s help and dedication to teaching at the time, I decided that my mission in life was to launch programs to inspire other women who—like me—love science but somehow feel trapped or incapable of pursuing a career in science or technology at some point in their lives.

Public speaking has been incredibly rewarding as well as challenging. Speaking about complex physics concepts with clarity and insight to a lay audience is not an easy task. But I always want to go beyond that to engage their minds and inspire them to look at the world in a fresh and new manner. It is when I am in front of an audience that I do my best work.

I was selected out of thousands of women to participate in Oprah’s Women Leadership Conference ‘Women Rule’ in 2007 and was also one of the keynote speakers. Having the recognition on Oprah’s magazine and Dr. Mehmet Oz’s radio show as a woman leader with an interesting project to watch for sprung my career into a new level of exposure that allowed me to travel the world and speak at many different conferences.

When I was pursuing my Ph.D. at Stanford I was one of only three women in our entire class. I sometimes felt unwelcome during the homework sessions or in the research labs. It is not that the male students thought about us negatively, it was perhaps that some of them were extremely shy and didn’t feel comfortable with us around. Since these were the people I needed to learn with and from every day, feeling like an outsider made for a few challenging years. I wish there were more female role models in science.

One of my role models is my dear friend and colleague Idit Harel Caperton, Ph.D. She is an educational psychologist and epistemologist specializing in the study of the impact of computer-based new media technology on the social and academic development of children. Idit is brilliant, generous and an incredible woman. Just seeing how well she balances her personal life with work is an inspiration!

Don’t be afraid to pursue your dreams, whatever they are. If you happen to be attracted to a field that is traditionally male dominated, know that “you are standing on the shoulders of giants” as Isaac Newton once said. There are great women who in the past made it possible for us to be where we are, and we are responsible for achieving the success that will inspire the next generation of women.