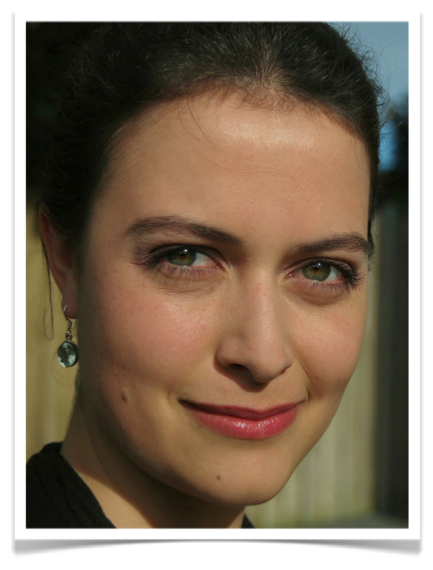 Shiphrah Meditz, age 21. I spend my time between New Zealand and the U.S.A.

I write, direct, and produce narrative films. I am CEO and Founder of Meditz Productions, a film company based in Austin, Texas. Our motto is “to connect people through the imaginative universe of stories.”

I am a second-year undergraduate at the University of Auckland, New Zealand where I am completing a double major in Anthropology and English.

During high school, I worked as a behind-the-counter sales operator at Kruger’s Diamond Jewelers, in Austin, Texas. I also have taught piano and worked as a freelance writer.

Growing up, I staged plays with my siblings, narrated books on tape (along with appropriate sound effects made with household implements!), and wrote/ illustrated innumerable stories. During my last semester in Westlake High School, I was asked by a friend to write a short script warning teenagers about the dangers of intoxication. I had never even read a screenplay before, but I gave it a shot. The resulting film won a placing in a local festival. Four weeks later, I finished my first feature screenplay “Catharsis” and debuted it at an Austin Screenwriter’s reading for feedback. In the following two years, I wrote multiple shorts and a few feature screenplays, helped judge the Screenplay competition for the 2010 Austin Film Festival, and worked in a variety of film events across the Austin area, all to “get a foot in the door.” I was even fortunate enough to get one of my screenplays, a musical based on Oscar Wilde’s novel The Picture of Dorian Gray, shown to Mariah Carey for consideration. However, I grew tired of always waiting on someone else to green-light my screenplays. So, in 2011, I decided to produce and direct my films. A few months later, my debut short “Leah’s Choice” was completed in Auckland. Since then I’ve directed another short “Where Snakes Roam.” In January 2012, I directed a charity music video (now in post-production), which is dedicated to the victims of the 2011 wildfire in Bastrop, Texas. Currently, I am filming my first feature entitled “The Dying Eye.”

It’s impossible to say. Every project I’ve worked on has been a fantastic experience.

As difficult as it may sound, I try to keep my gender out of my career. Focusing upon my interactions with fellow artists to make the best story that we possibly can, is my #1 priority in filmmaking.

Though I have had more sexist incidences than I care to remember, they have never hurt my career, to my knowledge. I’ve always found many talented people who love film and are eager to work with me to bring a project to life.

I view mentorship as a symbiotic experience I have with my surroundings; everything and everyone can contribute if I am looking for answers to whatever problem I am working on. My most creative moments have come from experiences that have nothing directly to do with film. In January 2012, I was in the park watching a flock of birds gathered round a man who was feeding them. I was reminded of philosopher Jeremy Bentham’s panopticon and began to wonder how I could write a fresh perspective on a surveillance society in an alternate reality. Three weeks later, I had finished the rough draft for “The Dying Eye.”

If you want to work in film, get started today, even if it’s just writing down what you want to achieve.