From the archives: this interview originally appeared on the site on July 23rd, 2010. 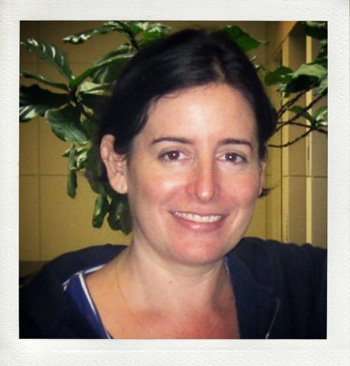 Host at a small restaurant; first job that I really liked was teaching elementary school at a performing arts school in San Francisco right after college.

It’s hard to pick. Each book feels both thrilling and terrifying.

Writing from a female perspective — and not feeling like I have to portray only strong women — has opened doors for me. My editor, when he read my first book, made a really nice comment about the range of female voices in the book. I’m writing at an interesting stage for women, when there’s plenty of room for all sorts of portraits.

Once I read at Reed College and I read a really dark story about junior high school bullies, and how mean girls can be to other girls, and a student asked me why I insisted on writing stories about such fragile, broken women. It didn’t hinder my career at all, but I found it so interesting, that she had a notion that we should only show our strong sides. I feel very lucky to be living at a point in history where that’s no longer necessary.

I also remember going to a reading for a novel in San Francisco before I went to grad school and it felt like such an old boy’s club, and very disheartening, and I left not knowing why I felt so discouraged and my very wise friend who went with me pointed out that there were no women reading, or talking, or doing anything in the event, and as soon as she pointed it out I felt my mood lift — just to realize why I had felt out of it, and to know that other women might have felt the same way.

Take time to learn about yourself. Learn what you really like, not what you think you’re supposed to like — to read, to do, to say, to be, to write. Dive into your life, but not in the scripted movie bungee-jumping way — they do that in movies because it’s visual and can be an easy way to see someone diving into life! I, for one, would not have a great time bungee jumping. So dive in in a way that suits you, suits who you are right now. Deborah Eisenberg’s story “Days” is an amazing story about this — a kind of masterpiece on the moment of trying to tune in, maybe for the first time, to what truly interests you.