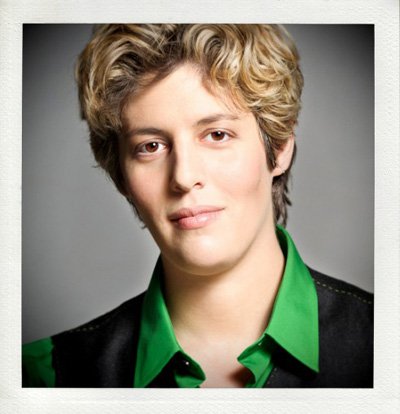 Would I seem like a bad influence if I say it’s irrelevant? I majored in psychology as an undergrad because it was the most interesting course my freshman year. Then I went to grad school and got a dual masters in nonprofit management and a law degree. I guess law school taught me how to argue better, and all learning sharpens your analysis – but really, I’m not doing anything related to what I studied.

Since I’m guessing you’re not interested in babysitting, let’s jump to college. My first job was an internship at the Gay and Lesbian Alliance Against Defamation. For the first year I was there, my main task was to cut news articles out of the newspaper and arrange them nicely with headlines, etc., on a blank piece of paper so that they could be photocopied to create nice looking clip archives.This was post-mimeograph but pre-desktop publishing.

I became an organizer because I wanted to change the world. I was raised to recoil at the deep injustices throughout our society. When I came out in high school, some of the reactions (not from my adoring and supportive parents but from the surrounding universe) brought the sting of injustice too close to home. I think that experience instilled in me a gut need to fight for equality and justice for all. Everything I’ve done has been toward that end.

Parenthood. It’s humbling in a way I never imagined and puts the rest of existence in perspective.

Being not only a woman but a proud feminist activist has connected me to a community of amazing, strong, inspiring women leaders who have mentored and supported me throughout my career. I couldn’t be where I am without that community!

Oh, gee, we got rid of sexism when Reagan was president, right? Any woman who thinks her career has NOT been hindered by sexism must have eyes that are glued shut.

I have so many I wouldn’t know where to begin, but let me give two extraordinary examples. Early on in my career, the great radical activist and scholar Urvashi Vaid, who when I was still in college graciously took me under her wing and taught me not only to see the world through a sharper lens but showed me how I could make a career trying to make a difference. More recently, the phenomenal media pioneer Geraldine Laybourne has taught me how to translate political organizing into the media sphere and given me enormous encouragement and support to experiment and try on new roles.