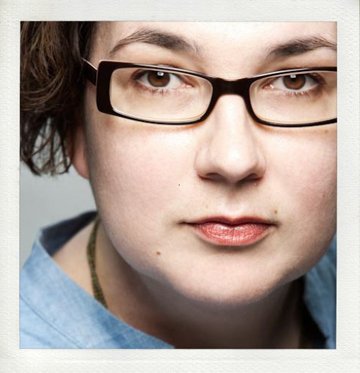 CEO and founder of Sharp Skirts, a network for women entrepreneurs.

I have a BA in psychology and a minor in theater.

Particularly torturous. A large medical clinic in my hometown converted their patient files to digital (yes, I’m that old) and hired me and two other teenage girls to shred the paper files. I spent an entire summer in a windowless basement amassing a horrid collection of paper cuts.

How much time do you have? Empowering women in business – and really, in life overall – is the result of a mixture of frustration, inspiration, and motivation. Frustration at our lack of representation as smart, sentient business people; inspiration from my friend and role model, Chris Shipley, who exemplifies what it means to be a Sharp Skirt; and a deep motivation to change things so that my daughters don’t have to face these issues.

When I launched Sharp Skirts in May 2010, the initial site was a blog and a lot of philosophy. Here’s what we want to be when we grow up, here’s what we believe – that sort of thing. It turned out that our audience didn’t want to wait; they wanted the resources and the community we referenced and they wanted them now! Thanks to out-of-the-box software and a fantastic web developer named Amy Gelfand, we were able to get a community up and running within 3 months. I continue to be proud of our determination and flexibility in that endeavor.

Before I started Sharp Skirts, I was an emerging tech analyst, which meant I spent my time learning about new technologies. I focused on many different markets but one that became a bit of an obsession was semantic technology. It’s an uber-geeky world that is populated primarily by statisticians and other such wild-card characters. Very few analysts followed the space at the time and very very few women did, so you can imagine how much I stood out. It wasn’t a negative though. My opinions and analyses carried more weight because I was such an anomaly. The general attitude was one of, “She’s from the real world! Let’s listen to her.”

Early in my tech career, during the first Internet bubble, I managed the PR campaign for one of Silicon Valley’s biggest startup darlings. They were a stealth company who maintained a large amount of buzz, partially due to a market-disrupting product but mostly because of a famous developer they employed. The famous developer was, in a word, a jerk. I put up with him until the day he called me a “stupid annoying bitch” to my face, and in front of a Vanity Fair photographer to boot. I refused to work with him after that.

You know I’ve never told that story in print before. It felt good.

Chris Shipley, CEO of Guidewire Group and former producer of the DEMO conferences, has helped shape my career more than any other person I’ve met. But she’s also a friend, so she’ll understand that Ann Richards has to get top billing. Gov. Richards was the epitome of a Texas woman – tough, funny, smart as hell, and possessing a complete lack of ability to put up with bullshit.

My first boss in technology, Susan Thomas, told me something that I still use to this day: never leave a meeting without having asked a question or made a comment. This is doubly important for women and another version of Sheryl Sandberg’s edict to ‘take a seat at the table.’ It’s not the responsibility of others to hand us opportunity; it’s our responsibility to reach out and take it.