The FBomb – a feminist blog for teenagers – is the brainchild of high school sophomore Julie Zeilinger. Her mission: “to create a community and dialogue amongst teenage girls.” I first heard about the FBomb on Jezebel in July 2009 and I have been following the site ever since. Here is an interview with its inspiring founder and editor. 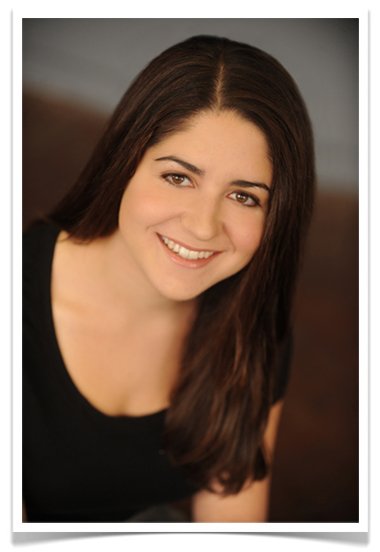 Officially, I am a student – currently in high school at the Hawken School in Ohio but this coming Fall I will be a First Year at Barnard College in New York City. I’m also a blogger; I founded and am the editor of the FBomb a blog and community for teenage feminists, and I have guest blogged for other feminist/social justice blogs. I’ve also recently begun the process of writing a book for Seal Press, which is slated to be released Spring 2012.

What are you studying in school and what degrees are you planning to get?

Right now I’m just focusing on graduating high school, but once I get to college I plan on pursuing a degree in Women’s Studies and possibly also in Journalism and Hindi (I’ve been studying the language on my own for the past few years).

Who or what inspired you to start the FBomb?

I first became interested in feminism in 8th grade when I had to give a speech to my entire middle school. I found an article about female feticide and infanticide and was shocked and disturbed that such a thing was occurring and that more people weren’t concerned. It made me wonder what other misogynistic things were happening without my knowing. That’s when I started to research women’s issues on my own and started to learn more about the feminist movement. When I got to high school, my advisor was also a young and active feminist. She gave me a bunch of feminist books to read, and we’ve had many feminist discussions since. I started the FBomb after reading other feminist blogs, like Feministing and Jezebel (that my advisor told me about). I loved those blogs but I thought that the teenage perspective on the issues was really missing. In addition, I really wanted to create a community for teenage feminists where we could come together, share our ideas and offer support and advice. It was important to me that an adult or a corporation didn’t create this community, but that this was really a peer-driven group. I called this blog “the FBomb” for feminist – but the fact that the FBomb is also known as a swear word wasn’t a coincidence. I created the FBomb for girls who are socially aware and want to share their emotions and experiences with a greater community.

What do you enjoy the most about your site thefbomb.org?

I love how everybody who reads the FBomb has an equal opportunity to have a voice on the site – and not just in the form of a comment (though the comments on the FBomb are always really thoughtful and interactive), but in the form of their own post; they get to really experience having the spotlight on their own ideas and ideals. I’m also constantly blown away by the girls (and boys!) who submit. I’m so glad I’ve been able to give so many amazing people a platform to express themselves and have been so inspired. The FBomb is read in 208 countries and territories and our submissions and comments reflect that diversity and range of experiences and perspectives, which is also pretty incredible.

What would be your dream job?

I would love to be a journalist in the vein of Nicholas Kristof and Sheryl WuDunn. Their book Half the Sky and Kristof’s column are a constant source of inspiration for me. I love that they really put the “action” in feminist activism – they go out into the world and try to raise awareness and make a difference. I aspire to being able to combine all of my personal passions – feminism, writing and traveling and experiencing new cultures – into a career path that also aims to help others.

In my own life there are two women who I aspire to be just like: my mother and my literary agent (Alison Schwartz). They’re both incredibly smart, compassionate and driven women who have done nothing but support me; I hope to be just like them. In the feminist realm, I’ve always worshiped feminist icon Gloria Steinem, and have also been greatly inspired by Jessica Valenti and Courtney Martin.

Where do you see yourself in 10 years?

Hopefully I’ll be writing and spreading my passion for feminism, activism and social justice.