From the archives: this post originally appeared on the site on December 2nd, 2009. 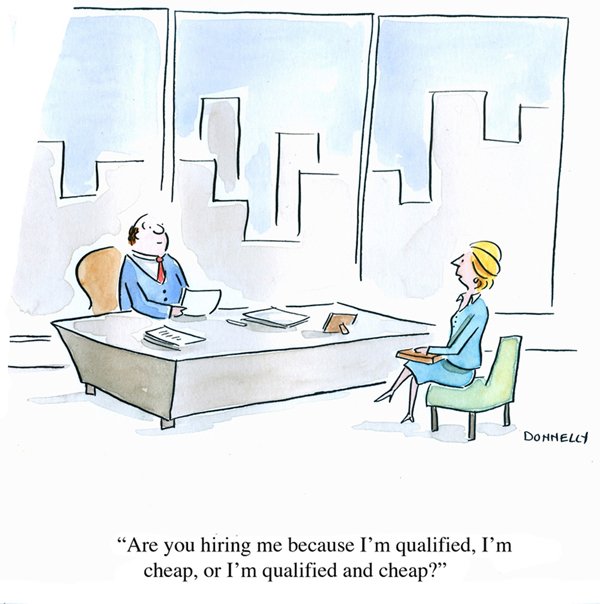 In 1977 my college cast me out into the world … that puts me in a certain generation—not a hippie, not a yuppie. My mother was knee-deep in being a homemaker and didn’t have the oomph to take advantage of any advance for women, but I think she would have if she had thought she could get away. But I could. My generation was the one that immediately benefited from The Second Wave. I happened to be liberated. I was thankful for the feminists who made changes for us, and would have written a thank-you note had I known where to mail it.

But I felt I didn’t need to picket, or to join support groups, burn bras, go to rallies, that kind of thing. I just wanted to get on with my career. I was oh-so happy I could do that and did not have to worry about finding a husband, setting up house, wearing girdles, or worrying about cleavage, having a beehive, that kind of thing. I was very happy to get on.

A Quiet Start For Female Cartoonists

I wanted to be a cartoonist. Drawing since I was little, my cartooning-style drawings got me attention. Amazingly, I could express something I thought and make people smile, or better yet laugh, without having to speak. The origins of my drawing came from typical good-girl inclinations: I wanted to please people. I wanted to make my mother, my father happy, I wanted to make my friends happy, and it may have gotten me my boyfriend, I’m not sure—it probably didn’t hurt. Being able to draw made me unusual and not threatening. Much to my chagrin, many people probably thought my cartoons were cute. I hated that.

The cartoonists that I emulated were all male. It didn’t occur to me that that was an issue—that maybe I could search out women who did cartoons. I just wanted to do my thing and make people happy and maybe make money some time down the road. There were indeed women doing cartoons in the late ’70s, but unless you were a Northeast Liberal looking for female cartoonists, they were very hard to find. They cartooned primarily for each other, in independent journals and books—certainly not mainstream. 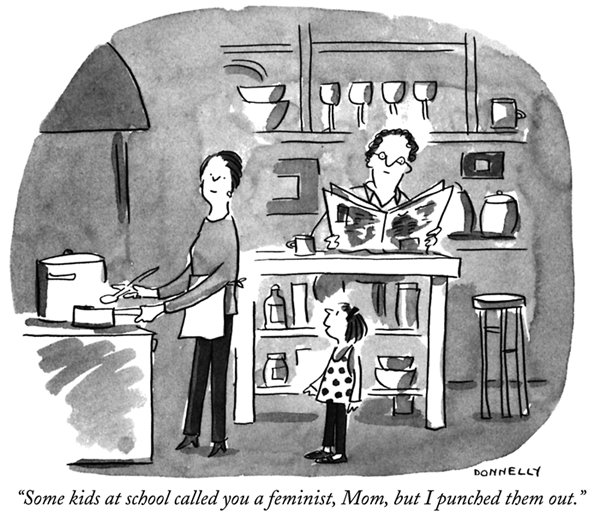 The “Women Can’t Be Funny” Myth

Generally speaking, it was assumed that men were funnier. Women were not considered capable of being humorous. Dorothy Parker, Phyllis Diller, Lucille Ball, Erma Baumbach, the most famous comedic women in the ’60s were anomalies—were considered quite unusual.

The standard for humor was male, and any jokes or humor that challenged the patriarchy just wasn’t considered funny. The joke was told about menstruation, or menopause, or female orgasms, or cooking, or cleaning, or child rearing, or, name anything in the ‘female’ sphere. Well, of course that wasn’t funny.

My cartoons were mild and thoughtful, not laugh-out-loud funny. I was just making my way quietly into The New Yorker, one of three women drawing cartoons for the magazine in 1979. The other two were Nurit Karlin and Roz Chast. None of us fit into any kind of mold, neither male nor female. We slipped into the male-dominated profession. I was shyly pushing the door open, hoping not to make any waves, like a good girl.

The spurt of female humor and creativity and the pushback of media began to change in the ’80s and ’90s. As the ’80s progressed, so did the backlashes. I was watching, still cranking out cartoons, but at a slower pace.

Two events happened to me that made a big impact on me personally. I birthed two beautiful daughters, and I turned forty. Additionally, while not a factor to me personally, a woman became editor of The New Yorker. In retrospect, I see now how those things all came together. Fear for my daughters’ well being in a misogynist world, and lack of fear in myself. Reaching middle age (if that’s indeed what forty is) gives a person a certain measure of freedom.

Luckily for me I have a supportive husband and two strong daughters. Finally I had a not-afraid-of- feminism encouraging editor in Tina Brown. She understood some of my emergent feminist cartoons and she bought them. It was very exciting. 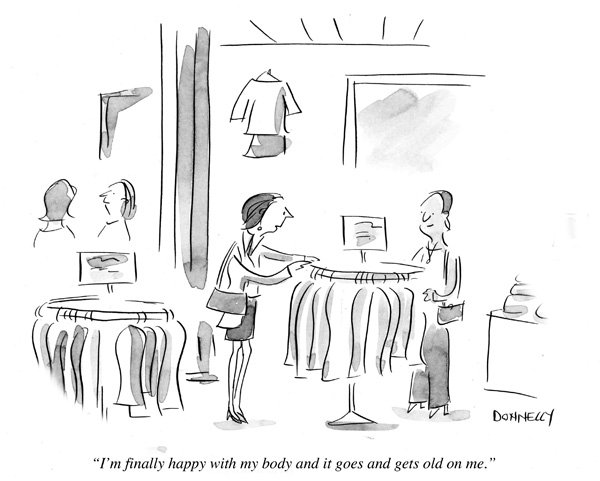 The Future of Funny Women

So paths of feminism can be bumpy, windy, directionless, clear, unclear, and paved. Mine was a straight one, paved with humor. I structured it along the way with broken branches of seriousness and stereotypes, but I used those branches in my work, and with humor, led myself along. That’s what I try to do with my students at Vassar, and my daughters, as well as my audience. I don’t hit people over the head, but I quietly draw them in with a laugh. I’ve worked with what I have, persisted, and listened to what was happening around me. There are so many more women in humor now, creating new paths to lead even more pioneers. Following in the footsteps of recent geniuses such as Lily Tomlin and Whoopi Goldberg, we have cartoonists Alison Bechdel and Ann Telnaes, and comedic performers such as Tina Fey and Sarah Jones. These are women who have a voice that not only make us laugh in new ways, but make us think. Persistence and doggedness pay off. We can change this thing, one laugh at a time.

—Transposed by HALEY HOGAN from an original lecture by LIZA on September 12th, 2009 at the Omega Institute “Women & Power” Conference, in Rhinebeck, NY